The Night Watchman by Fischer & Labrune 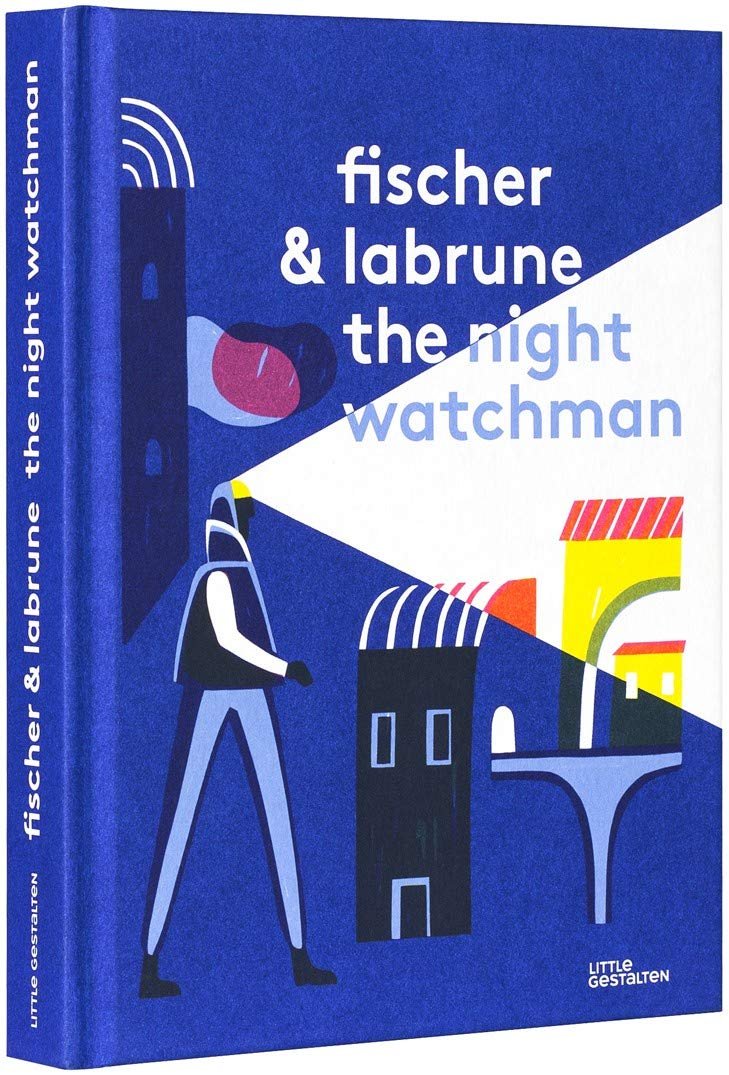 For their own safety, the people who live in this fortified city are not allowed to leave their homes after dusk. After curfew, a strange character with a lamp —the Night Watchman —patrols the winding streets and alleyways, assisted by birds on the rooftops, dogs in the lanes, and rats underground. As both guardian and policeman, the Night Watchman will relentlessly hunt down any intruder who threatens the peace and security of his city. Nothing and no one has disturbed his nightly routine —until now …

A beautifully written story full of suspense, The Night Watchman tells a fascinating tale of surveillance, betrayal, friendship, and love. Jérémie Fischer’s remarkable images elevate the book to an artful illustrated novel, and Jean-Baptiste Labrune’s words render it a modern classic with a narrative relatable on many levels