My First Stephen Board Book by Maria Isabel Sánchez Vegara 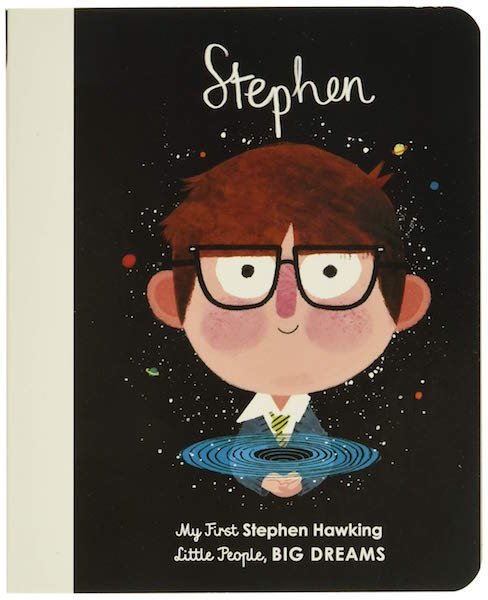 When Stephen Hawking was a little boy, he used to stare up at the stars and wonder about the universe. Although he was never top of the class, his curiosity took him to the best universities in England: Oxford and Cambridge. It also led him to make one of the biggest scientific discoveries of the 20th century: Hawking radiation.

Introduce you baby to the pioneering physicist and writer. Told in simple sentences, this young reader edition of the best-selling series is perfect to read out loud to little dreamers.