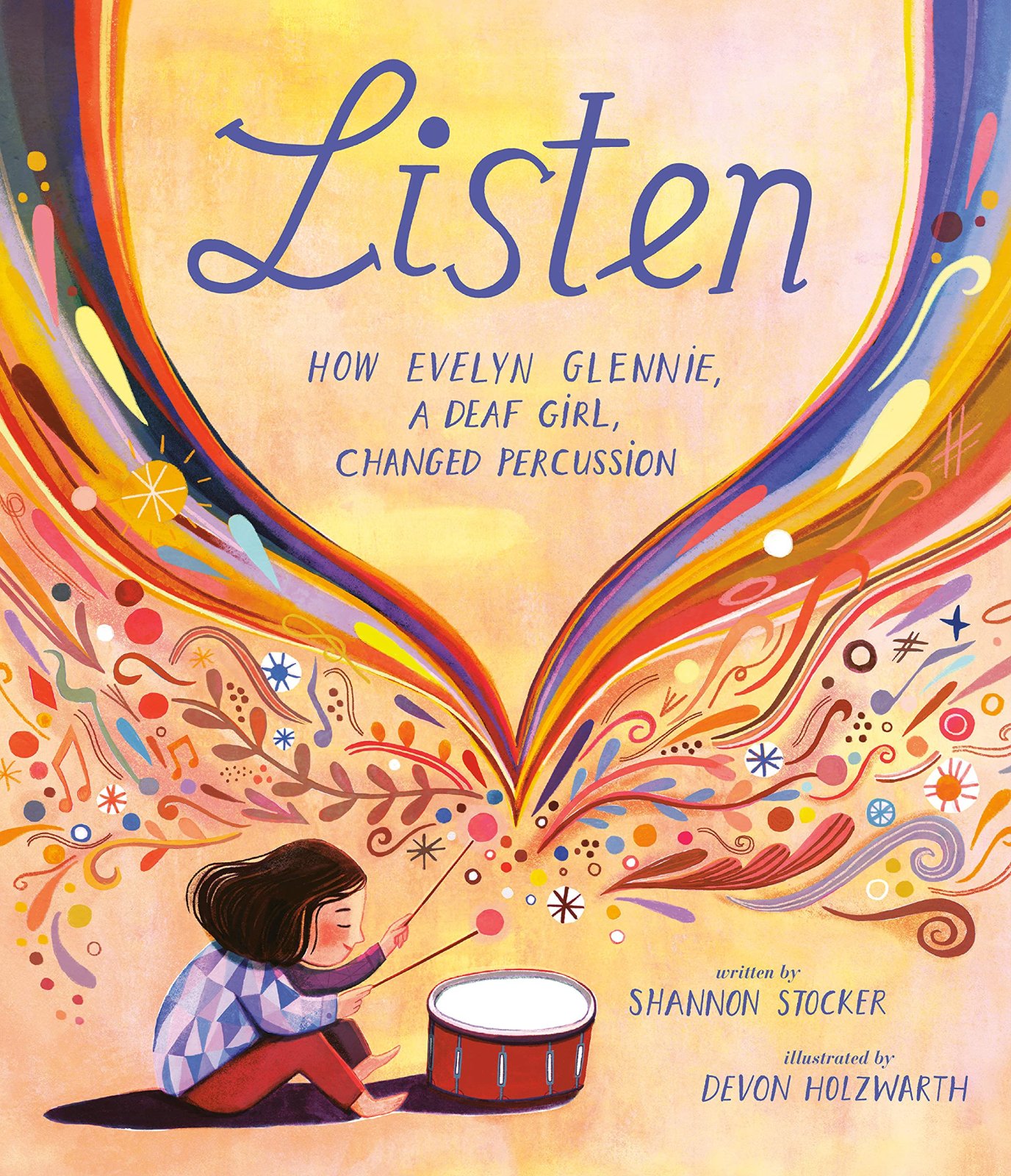 "No. You can't," people said.
But Evelyn knew she could. She had found her own way to listen.

From the moment Evelyn Glennie heard her first note, music held her heart. She played the piano by ear at age eight, and the clarinet by age ten. But soon, the nerves in her ears began to deteriorate, and Evelyn was told that, as a deaf girl, she could never be a musician. What sounds Evelyn couldn’thear with her ears, though, she could feel resonate through her body as if she, herself, were a drum. And the music she created was extraordinary. Evelyn Glennie had learned how to listen in a new way. And soon, the world was listening too.

A gorgeous and empowering picture book biography about Evelyn Glennie, a deaf woman, who became the first full-time solo percussionist in the world.