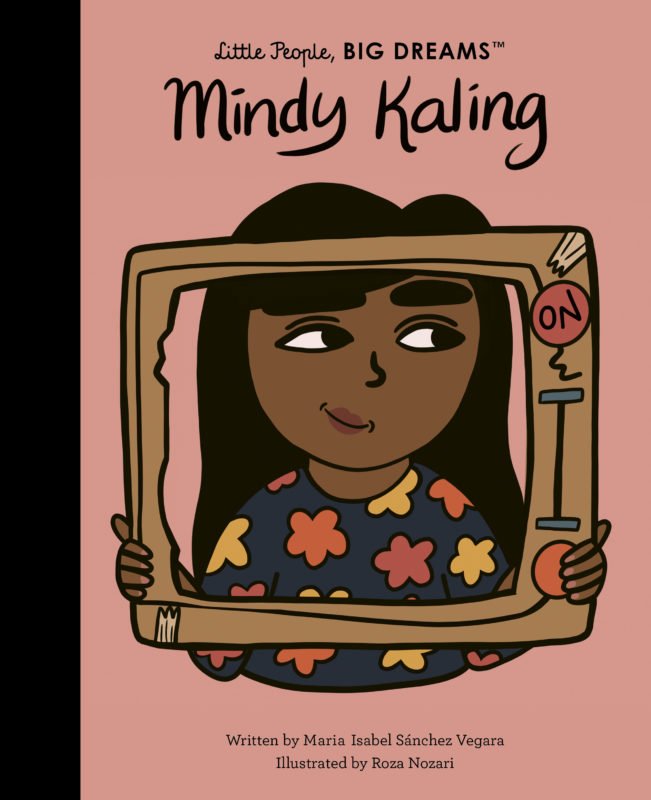 When Mindy was a little girl, she loved TV comedy sketches; in particular, Saturday Night Live. At college, she studied theater and met a friend with whom she created her first off-Broadway production. It was there she was spotted by the writer and producer of The Office (US) for the role of Kelly Kapoor. Mindy went on to write and executive produce hilarious episodes of The Office. She then went on to create The Mindy Project, and Never Have I Ever, the Netflix Original smash hit watched by 40 million people, fulfilling her childhood dream of becoming a director and writer. This empowering book features stylish and quirky illustrations and extra facts at the back, including a biographical timeline with photos and a detailed profile of Mindy’s life.