Two Grooms On A Cake by Rob Sanders 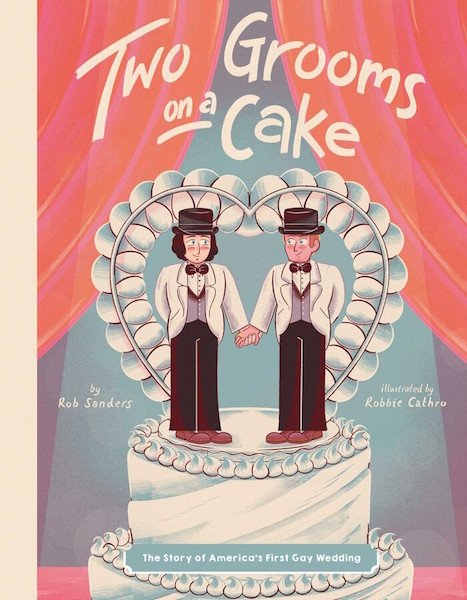 This is the story of Jack Baker and Michael McConnell and their inspiring story becoming the first married gay couple in the US fifty years ago.

Long before marriage equality was the law of the land, two grooms stood on a wedding cake with their feet firmly planted in fluffy white frosting. That cake belonged to Jack Baker and Michael McConnell, who were wed on September 3, 1971, becoming the first same-sex couple in America to be legally married. Their struggle to obtain a marriage license in Minnesota and their subsequent appeals to the Minnesota Supreme Court and the Supreme Court of the United States is an under-told story of LGBT history. This beautiful book celebrates the love story of two pioneers of marriage equality for all through the baking of their wedding cake!