The Worm by Elise Gravel 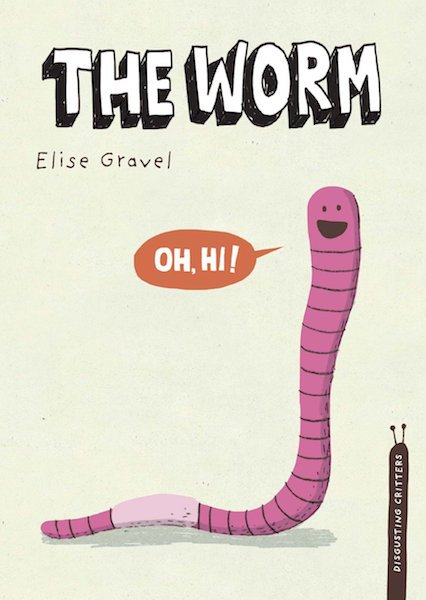 The second in a series of humorous books about disgusting creatures, The Worm is a look at the earthworm. It covers such topics as the worm's habitats (sometimes they live inside other animals), its anatomy (its muscle tube is slimy and gross), and its illustrious history (worms have been on earth for 120 million years). Although silly and off-the-wall, The Worm contains factual information that will both amuse and teach at the same time.

Written and illustrated by Elise Gravel