Not Little by Maya Myers 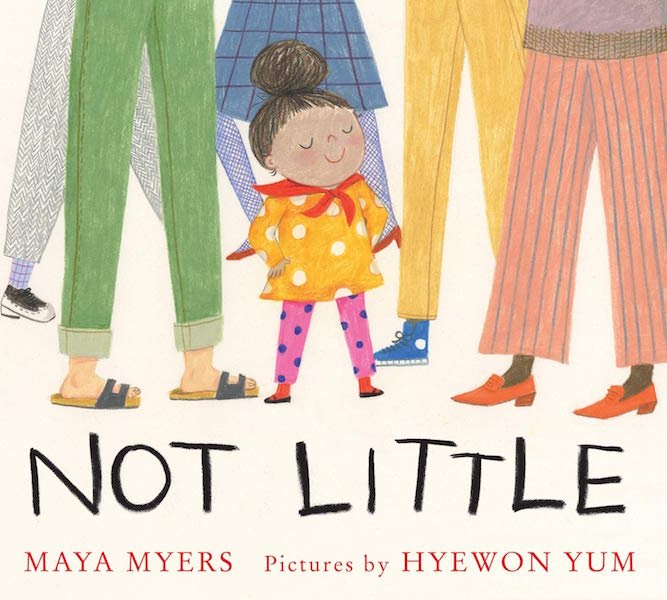 Just because you're really small doesn't mean you can't have a big heart. When the diminutive Dot stands up to a bully on behalf of an even smaller friend, she proves how big she can truly be.

Dot is the smallest person in her family and at school; even her name is small! People often mistake her for being younger than she is, but not when she tells them the square root of sixty-four is eight, nor when she orders from the grown-up menu at restaurants or checks out the hard books at the library. She may be small, but she's not little. When a new boy named Sam joins Dot's class, she wonders if he's even smaller than she is. But when she sees him getting bullied by a mean kid twice his size, she knows she has to do the big thing and stand up for him.