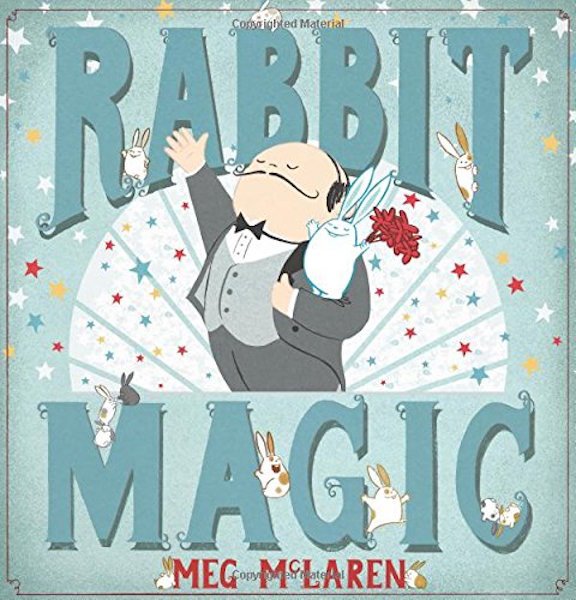 A distinctive palette and a large cast of adorable rabbits adorn a lively story told in very few words. When a magic trick goes awry, the magician M. Lapin becomes a sad rabbit while his rabbit assistant, Houdini, becomes the star of the show. After trying increasingly spectacular tricks, Houdini realizes that someone else wants and deserves the spotlight, and in his most amazing trick ever, he restores M. Lapin to his former self. Generosity and teamwork—and of course magic—take center stage in this delightful debut.