The Liszts by Kyo Maclear 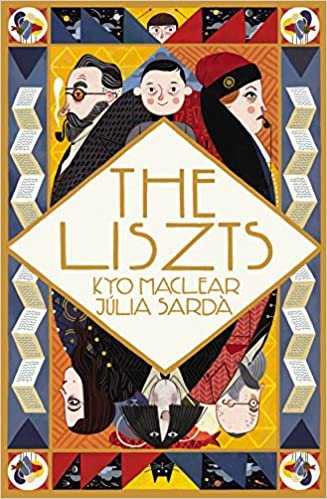 The Liszts make lists. They make lists most usual and lists most unusual. They make lists in winter, spring, summer and fall. They make lists every day except Sundays, which are listless. Mama Liszt, Papa Liszt, Winifred, Edward, Frederick and Grandpa make lists all day long. So does their cat. Then one day a visitor arrives. He's not on anyone's list. Will the Liszts be able to make room on their lists for this new visitor? How will they handle something unexpected arising?