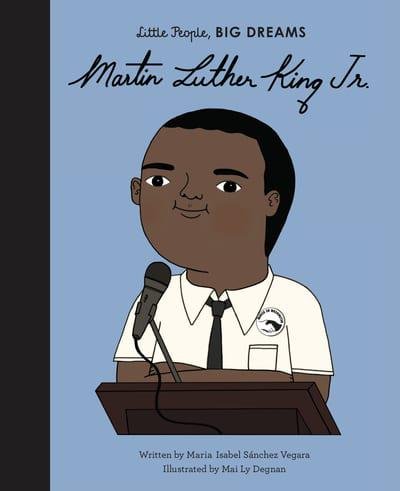 Little Martin grew up in a family of preachers: his dad was a preacher, his uncle was a preacher, his grandfather was a preacher… so maybe he'd become a great preacher too. One day, a friend invited him to play at his house. Martin was shocked when his mother wouldn't let him in because he was black. That day he realized there was something terribly unfair going on. Martin believed that no one should remain silent and accept something if it's wrong. And he promised himself that - when he grew up - he'd fight injustice with the most powerful weapon of all: words. This moving book features stylish and quirky illustrations and extra facts at the back, including a biographical timeline with historical photos and a detailed profile of the inspiring activist's life.