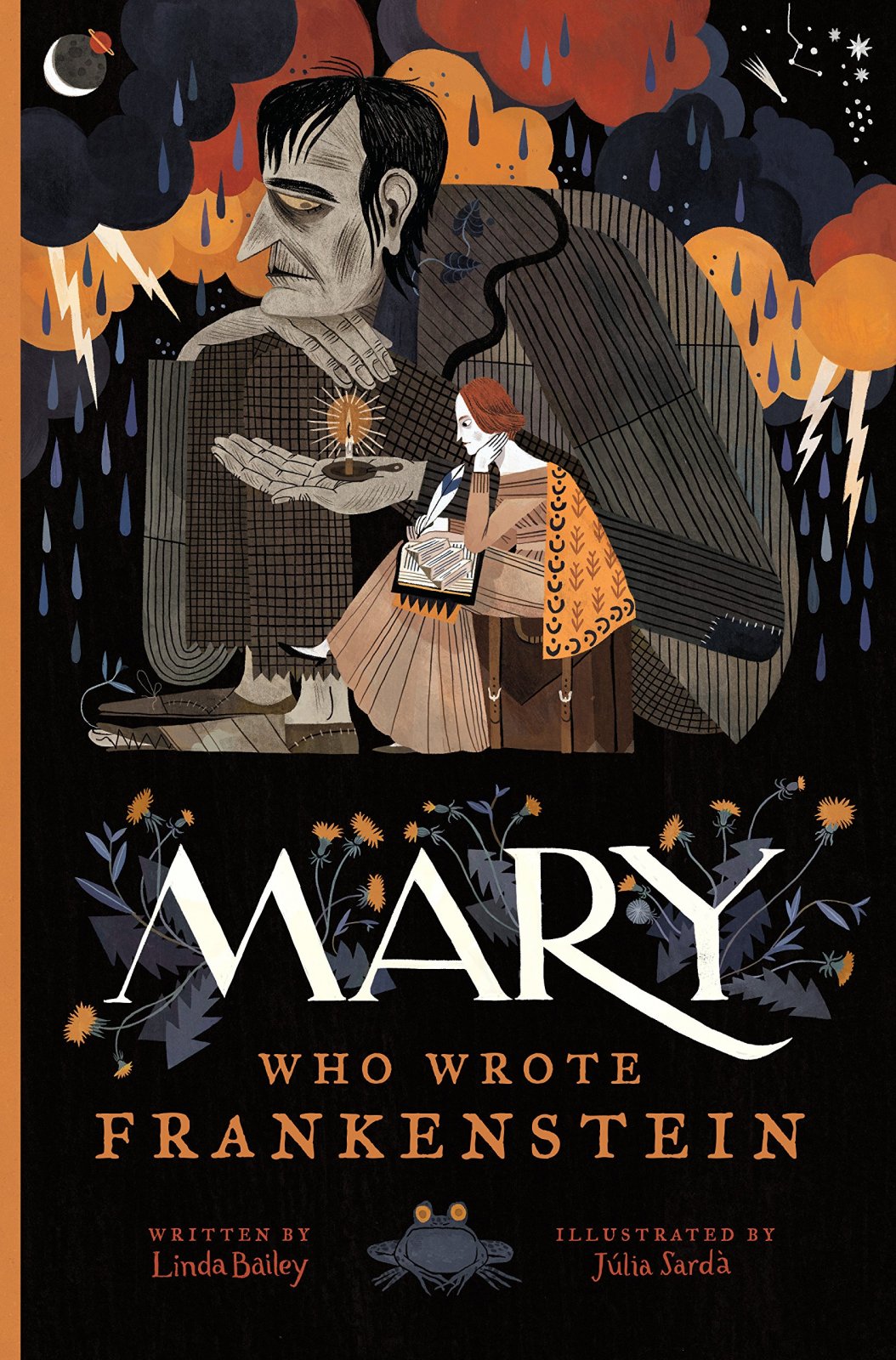 How does a story begin? Sometimes it begins with a dream, and a dreamer. Mary is one such dreamer, a little girl who learns to read by tracing the letters on the tombstone of her famous feminist mother, Mary Wollstonecraft, and whose only escape from her strict father and overbearing stepmother is through the stories she reads and imagines. Unhappy at home, she seeks independence, and at the age of sixteen runs away with poet Percy Bysshe Shelley, another dreamer. Two years later, they travel to Switzerland where they meet a famous poet, Lord Byron. On a stormy summer evening, with five young people gathered around a fire, Byron suggests a contest to see who can create the best ghost story. Mary has a waking dream about a monster come to life. A year and a half later, Mary Shelley's terrifying tale, Frankenstein: or, the Modern Prometheus, is published -- a novel that goes on to become the most enduring monster story ever and one of the most popular legends of all time.

A riveting and atmospheric picture book about the young woman who wrote one of the greatest horror novels ever written and one of the first works of science fiction, Mary Who Wrote Frankenstein is an exploration of the process of artistic inspiration that will galvanize readers and writers of all ages.