Books > The Carousel of Animals by Gerard Lo Monaco

The Carousel of Animals by Gerard Lo Monaco 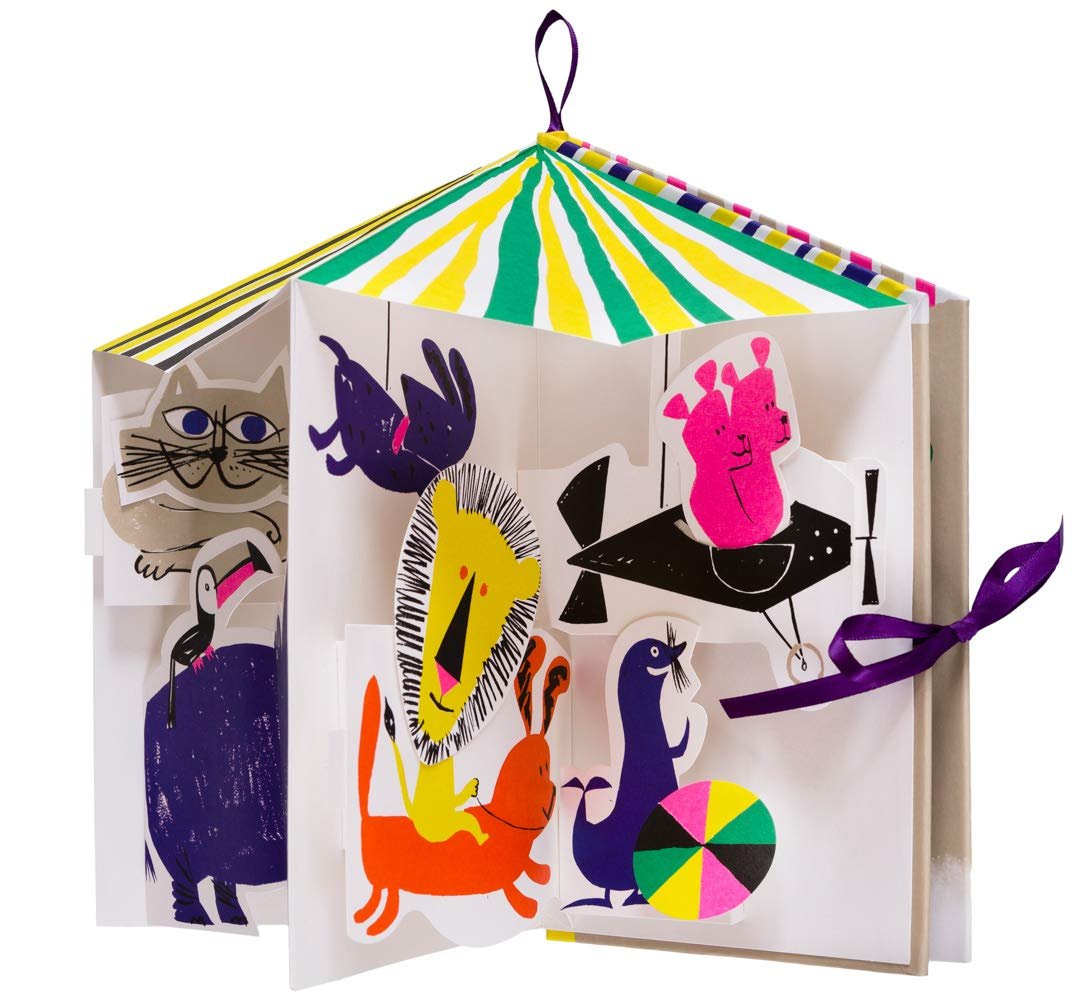 A lion riding a dog, monkeys boxing a kangaroo, a fox riding a fire engine... This is one ride children won’t want to miss! As the book unfolds and the carousel starts to turn, we see a troupe of characters march past in colorful array. How many animals do you see? What are they called? Each new spin brings new life to the tale; it invites a different story to be told, and a new world to unfold. The Carousel of Animals will enchant both young and old with the paper craftsmanship that is a signature of Gérard Lo Monaco’s work. His striking illustrations captivate the imagination and delightful rhymes give pace to each spin of this madcap journey on the animal carousel.