Agatha Christie's Death On The Cards 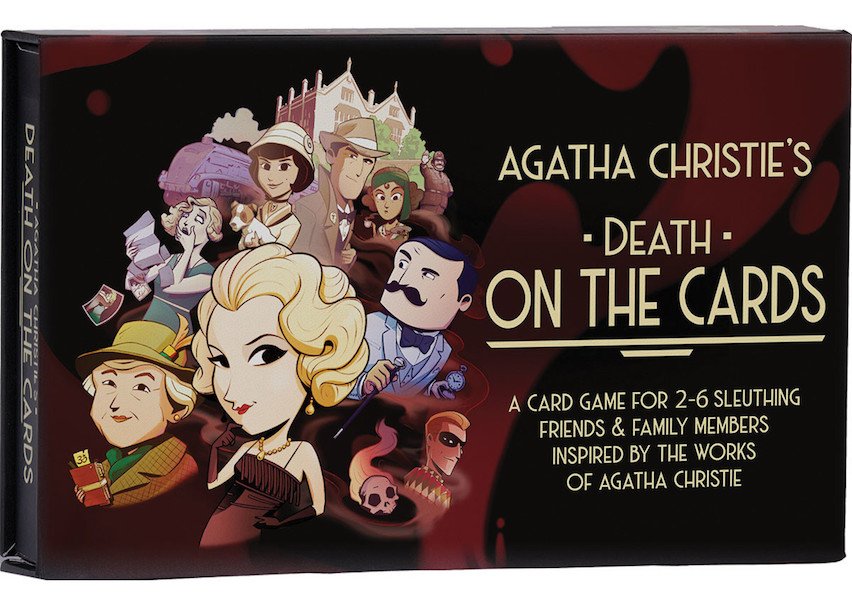 A fun card game for sleuthing friends or family members with a hidden traitor mechanic and inspired by the works of Agatha Christie! The players must use their deductive skills to unmask the murderer who hides among them, conspiring to derail their investigations. Recruit the assistance of Agatha Christie’s most beloved detectives — such as Hercule Poirot, Miss Marple, or Ariadne Oliver — to find out which secrets your fellow players are hiding. Investigate, find clues, make accusations and bring the murderer to justice before they escape!