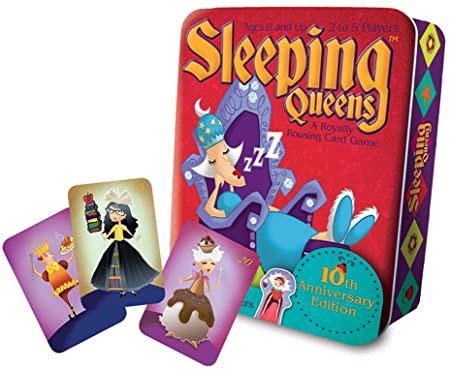 Rise and Shine! The Pancake Queen, the Ladybug Queen and ten of their closest friends have fallen under a sleeping spell and it's your job to wake them up. Use strategy, quick thinking and a little luck to rouse these napping nobles from their royal slumbers. Play a knight to steal a queen or take a chance on a juggling jester. But watch out for wicked potions and dastardly dragons! The player who wakes the most queens wins.