Scooby-Doo! Adventure with Ghost of Captain Cutler 70708 by Playmobil 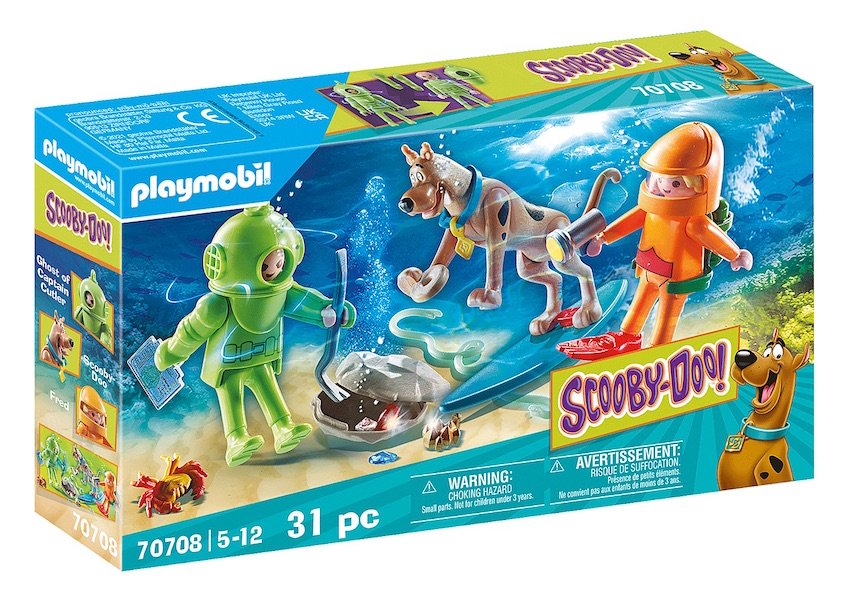 Dive underwater with Scooby-Doo and Fred in the SCOOBY-DOO! Adventure with Ghost of Captain Cutler! Fred is equipped with special diving gear, while Scooby is on his wave board, as they pursue the elusive ghost whose trying to nab some hidden jewels. The team works to trap the ghost and discover his true identity to solve the mystery. Unmask the ghost to reveal his true identity, and collect his ghost card, which can be examined using the reader in the SCOOBY-DOO! Mystery Machine™ or SCOOBY-DOO! Adventure in the Mystery Mansion™ (70286 & 70361 - each sold separately).