New Arrivals > Lore of the Land: Folklore & Wisdom from the Wild Earth by Clair Cock-Starkey and Samantha Dolan


Lore of the Land: Folklore & Wisdom from the Wild Earth by Clair Cock-Starkey and Samantha Dolan 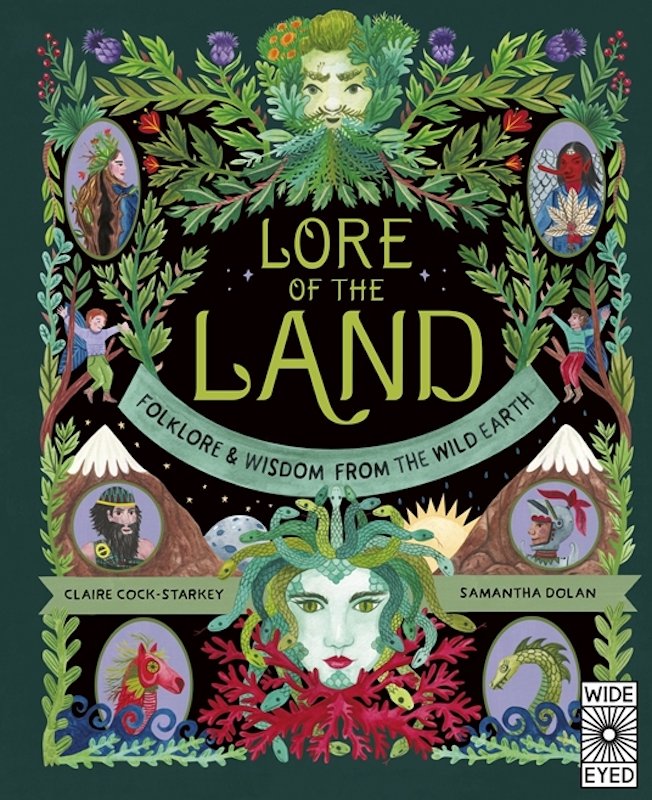 From thundering rivers to shady groves, flickering marshes to lightless caves, and from snow-capped mountains to the depths of the ocean, discover the folklore of Earth's wildest places. Stories and spirits abound in these land- and seascapes, where traditional wisdom and mysterious magics have intertwined over centuries.

Each of the six chapters covers a different natural landscape, revealing the worldwide folklore surrounding Woodlands, Seas & Oceans, Wetlands, Mountains, Rivers & Streams and Hills & Caves. Beginning with tales from cultures spanning the globe, each chapter then dives into the legends of how these places were formed, their place in the human imagination and their natural and otherworldly denizens.

Learn how the forests hold up the sky in M?ori tradition; how in Ireland, seaweed was once thought to predict the weather; and that the ancient Greeks believed Mount Etna housed the fiery forge of the gods. All this and more is accompanied by beautiful artwork based on real folklore, uncovering the secrets of our natural world as never before.

A treasury of fascinating tales and ancient wisdom, The Lore of the Land is sure to fire the imaginations of young nature-lovers, and delight anyone who has ever wondered whether there is more to our natural world than meets the eye.