The Spider by Elise Gravel 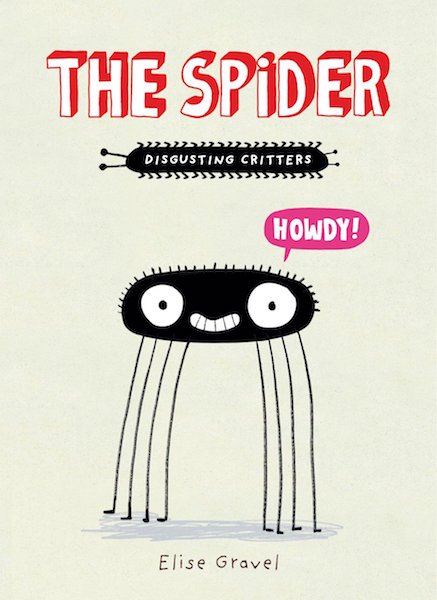 Part of a series of hilarious non-fiction about disgusting creatures, this book looks at the spider. It covers such topics as the spider’s habitats (pretty much everywhere but outer space), the silk it spins (it can trap prey and makes a nifty bowtie), and its parenting practice (female spiders carry around their eggs in a silk purse). Although silly and off-the-wall, The Spider contains factual information that will both amuse and teach at the same time.

Written and illustrated by Elise Gravel