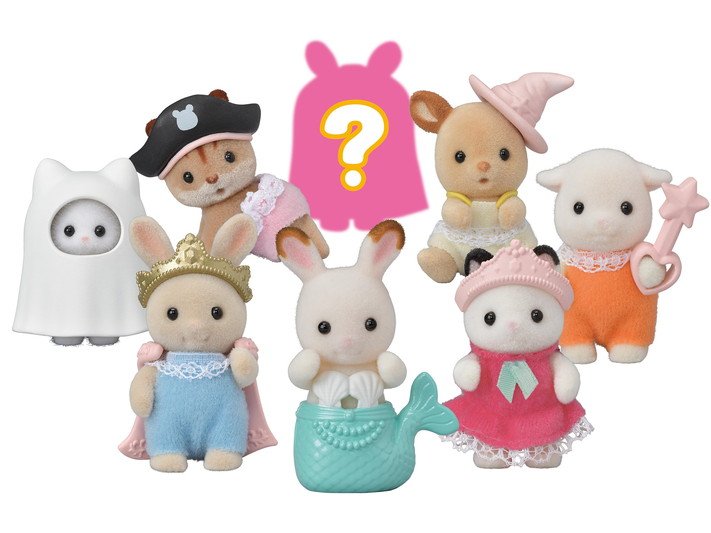 The Baby Costume Series is set of fun costumes and accessories to put on baby figures. What will you find inside the bag? You won't know until you open it! There are nine types, including one secret glow-in-the-dark figure. Collect them all and throw a fun costume party for your baby figures.