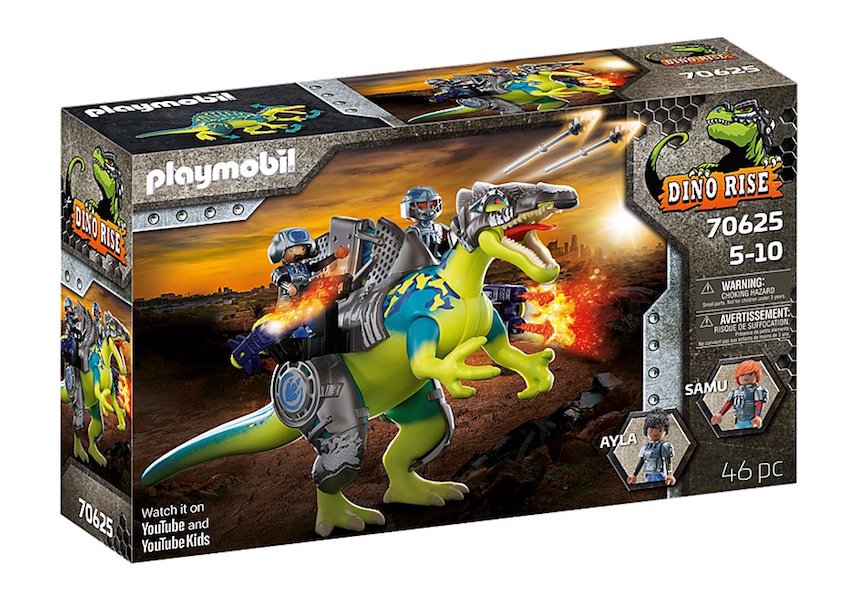 With its razor-sharp teeth, the spinosaurus is one of the largest and most dangerous dinosaurs. But this Spinosaurus is no ordinary dinosaur, but something very special. Since he was freed from Dino Rock, he and his friends Samu and Ayla have been fighting side by side against the perfidious fighting machines that try to destroy everything. Thanks to Uncle Rob's clever fighting equipment, the Spinosaurus also has a special protective armour and firing cannons that make him even more threatening. Will the human-Spinosaurus team with combined power manage to stop the robots from destroying nature?

These Playmobil sets are accompanied by their own CGI animated series, "Dino Rise: The Legend of Dino Rock," which, having launched across the Playmobil YouTube channel early this month. The series takes fans on a prehistoric adventure over seven episodes running at seven minutes each. Available on YouTube and YouTube Kids.

Equipped with functioning cannons and removable armor for both the dinosaur and figures.