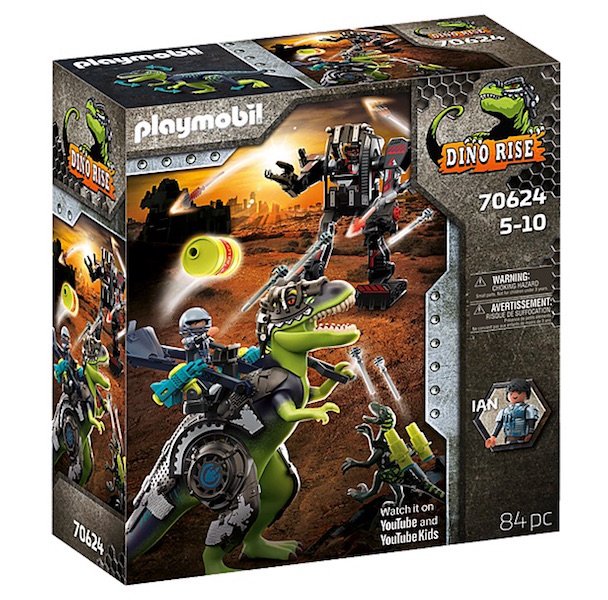 Attention: the T-Rex is attacking! Oh no, that's actually a hypermodern fighting robot, and whoever is controlling it is up to no good! The robot fighting machine is on destruction course, and Ian, sitting on the back of a real T-Rex with titanium strong protective armour, is ready and equipped with cannons and a catapult.

These Playmobil sets are accompanied by their own CGI animated series, "Dino Rise – The Legend of Dino Rock," which, having launched across the Playmobil YouTube channel early this month. The series takes fans on a prehistoric adventure over seven episodes running at seven minutes each. Available on YouTube and YouTube Kids.