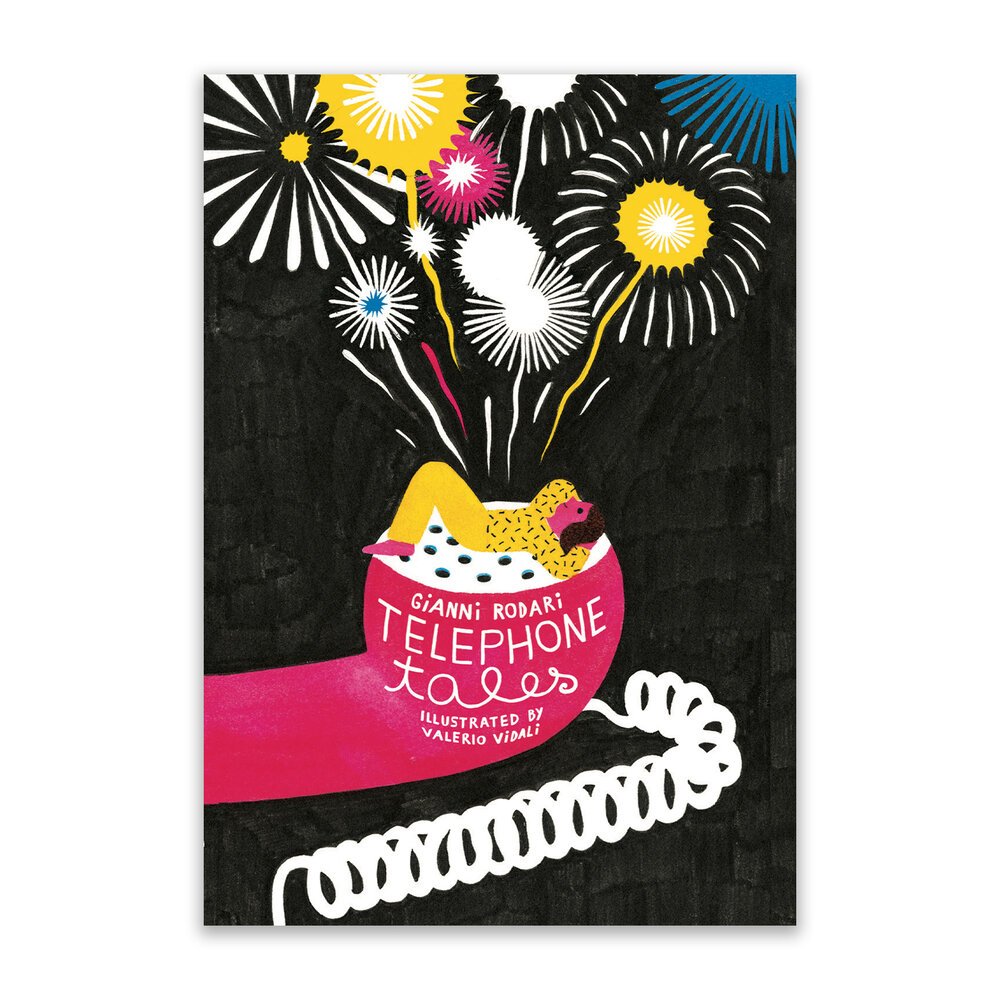 Every night, at nine o’clock, wherever he is, Mr. Bianchi, an accountant who often travels for work, calls his daughter and tells her a bedtime story. Set in the 20th century era of pay phones, each story has to be told in the time that a single coin will buy. One night, it’s the story of a carousel so beloved by children that an old man finally sneaks on to understand why, and as he sails above the world, he does. The next night, it’s a land filled with butter men, roads paved with chocolate, or a young shrimp who has the courage to defy expectations and do things differently.

Reminiscent of Scheherazade and One Thousand and One Nights, Gianni Rodari’s Telephone Tales is composed of many stories within a story. Each is set in a different place and time, with unconventional characters and a wonderful mix of reality and fantasy. Awarded the Hans Christian Andersen Award in 1970, Gianni Rodari is widely considered to be Italy’s most important children’s author of the 20th century. Gorgeously illustrated by Italian artist Valerio Vidali, these stories entertain with wit, surprise, and imagination.