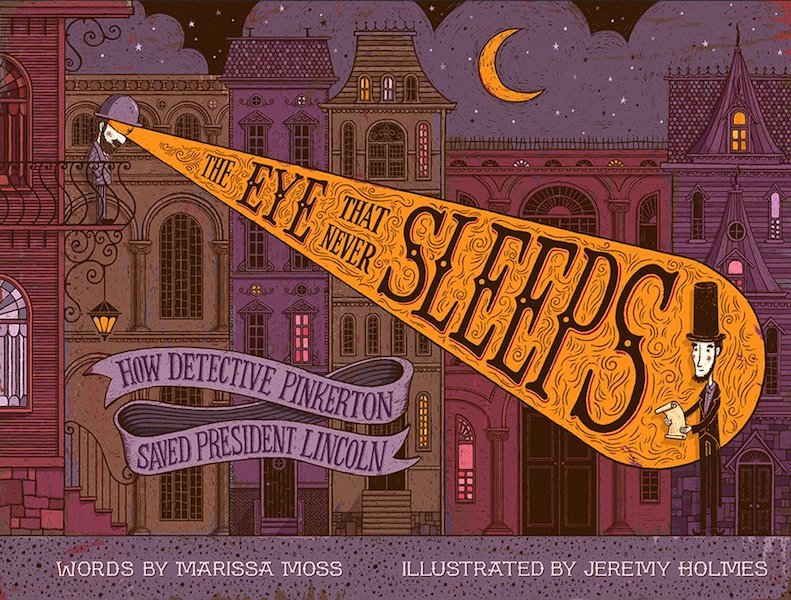 From award-winning author Marissa Moss comes the first children’s book about Allan Pinkerton, one of America’s greatest detectives. Everyone knows the story of Abraham Lincoln, but few know anything about the spy who saved him! Allan Pinkerton’s life changed when he helped the Chicago Police Department track down a group of counterfeiters. From there, he became the first police detective in Chicago and established the country’s most successful detective agency. He went on to solve more than 300 murders and recover millions of dollars in stolen money. However, his greatest contribution was protecting Abraham Lincoln on the way to his 1861 inauguration. Though assassins attempted to murder Lincoln en route, Pinkerton foiled their plot and brought the president safely to the capital. The Eye That Never Sleeps is illustrated with a contemporary cartoon style, mixing art and text in a way that appeals to readers of all ages. The book includes a bibliography and a timeline.